SKU:
knXl4PONqjDVlWpO
UPC:
Does not apply

Do you dare enter into the dark woodlands of early America?

The boom of a flintlock musket, a cloud of acrid black powder, and the drumming of feet as they rush towards the fallen foe. A knife is unsheathed, and with a few quick movements, the enemy's bloody scalp is ripped free. Warfare in the Eastern Woodlands of America was one of raids, ambushes and sudden violent encounters. These are the skirmishes that Song of Drums and Tomahawks seeks to recreate. The French & Indian War is the most well-known conflict of this period, but these rules cover from the time of the European arrival until the mid-1800s. Players will generally control less than a dozen figures in multiplayer games, perhaps more in one-on-one contests. The fast-paced play, the tense decision making using simple, easy-to-learn rules, will lead to many fun and gripping games.

* All rules needed to play.
* Historical background detailing the Native American tribes and their Europeans foes (and sometimes allies).
* A map showing the locations of the major Native American tribes.
* Timeline covering the major and minor wars from European arrival in North America until the 2nd Seminole War.
* Army lists for the Native Americans, as well as the French & British.
* Complete list of Traits to individualize your troops and reflect the various fighting styles of tribal warriors, European soldiers, or frontiersmen.
* Suggestions on how to set up games and scenarios.
* Detailed description of warfare in this period. 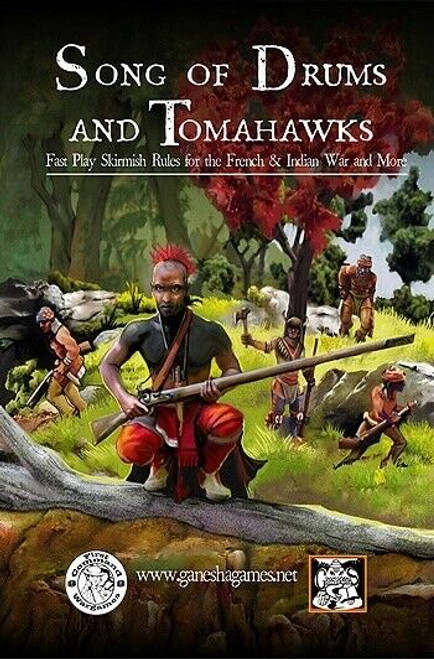